Solo motorcycle touring takes a whole different degree of self-reliance, awareness and planning. For better or for worse, you have to deal with any situation that comes up, so it pays to be as safe as possible while taking the calculated risks that make motorcycle touring fun.

When you’re rolling solo, keep these nine essential safety tips in mind. They’ll help you prepare for the unexpected, make smart choices while on the road and get home in one piece.

At least one trusted person should know where you’re headed on your trip. While you may not have an hour-by-hour itinerary, try to develop some check-in points at which you’ll call to let somebody know you’ve arrived safely.

If you’re doing backcountry touring, especially camping, it’s smart to provide more detailed information on your chosen stops, since it will help authorities to locate you more quickly in the event of an emergency.

The flipside of the previous tip is that you also shouldn’t be too eager to share your travel plans with folks you don’t know. It can be tons of fun meeting new friends on the road, but it’s also potentially dangerous to let a stranger know too much. Keep descriptions of your route relatively vague when making small talk with others on the road.

This tip is also true for social media, where many people aren’t aware of the risks they take by sharing their locations on apps like Instagram. Rather than telling strangers your immediate whereabouts, post pictures with location tags a day or two after you leave the area.

Between decreased visibility, intoxicated drivers and rider fatigue, riding a motorcycle at night can present some significant hazards. Thus, it’s advisable to stick to daytime riding whenever you can.

If you care about making good time, your best bet is to start fairly early in the morning and get off the road by dusk. That requires some advance planning and a basic working knowledge of the roads and cities along your route, so familiarize yourself with travel distance between major stops and start each day by setting a loose destination goal.

This one should go without saying. Even a small amount of alcohol impairs your ability to operate your bike effectively—and motorcycles, as we all know, have a much smaller margin for error than most other types of vehicles. You’re putting everyone’s safety at risk when you ride after drinking, and that doesn’t even take into account the possibility of spending thousands of dollars in DUI court costs.

That doesn’t mean you can’t hit a few bars along your trip, and the many iconic biker joints along America’s great highways shouldn’t be missed (if that’s your scene). It just means that you need to think about how you’re getting back to your lodging before you have your first drink. 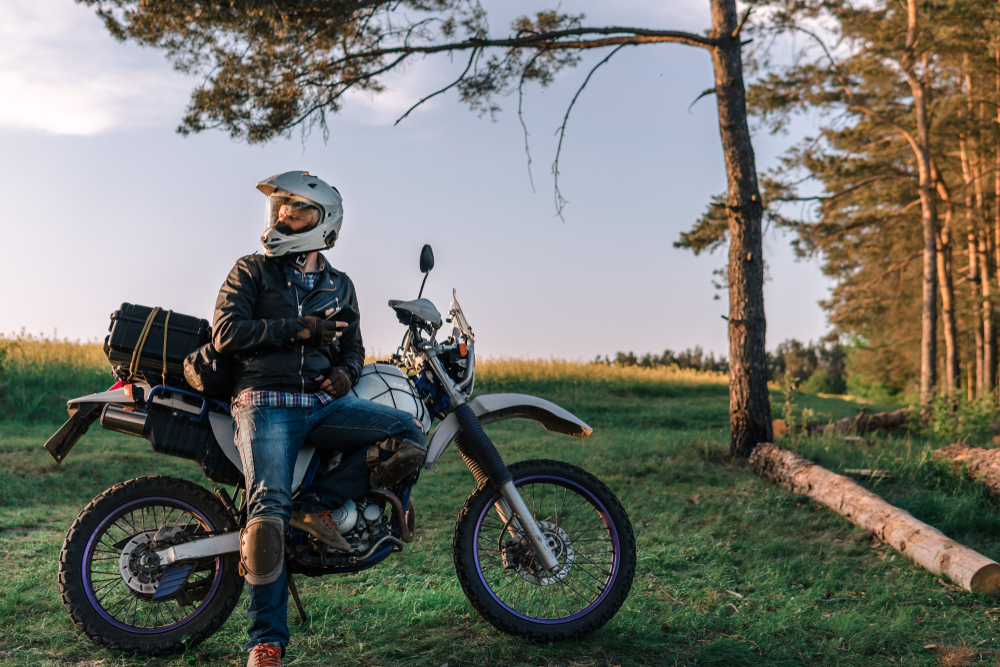 While we don’t advise riding around with a personal arsenal on you, it’s good to carry something to protect yourself if worst comes to worst.

Some riders who are proficient with firearms choose to carry a compact handgun. However, unless you’re an experienced shooter and gun owner with a CCP, it’s often better to choose a lower-maintenance personal protection solution. If you do travel with a firearm, make sure that you know its safety features inside and out.

Pepper spray is a popular option for solo tourers, as are compact self-defense knives. No matter what you choose, make sure to know the laws of any state you may be in, as self-defense devices allowed in one state may not be legal in another.

You should have a plan for when your most important gear fails you. This can include:

When deciding which extra items you need, think about where you’re going. If you’re sticking to major cities, the basic backups above will probably be enough, but those headed into the backcountry may need to bring extras such as a spare fuel tank.

You want your motorcycle to be in tip-top mechanical shape before heading out on the road. A good pre-trip inspection should include, at minimum:

Take your bike to a trusted mechanic, or conduct your check-up in the garage if you’re a competent mechanic yourself.

It should go without saying, but when you’re on the road, your entire attention should be focused on riding. A hands-free Bluetooth motorcycle helmet communicator is a solution that many riders use, as these devices can now accomplish everything from phone calls to controlling streaming music. Really, there was never a good reason to be fiddling with your phone while riding, but now that riders can accomplish most of the same tasks with voice commands, hands-free is a no-brainer.

The senses that tell you when something’s wrong—even if you can’t quite put your finger on what—are the result of millions of years of evolution, and you should trust them more often than not. If your intuition is telling you that you’re in an unsafe situation, there’s probably a reason, even if it’s not immediately apparent to your conscious senses. 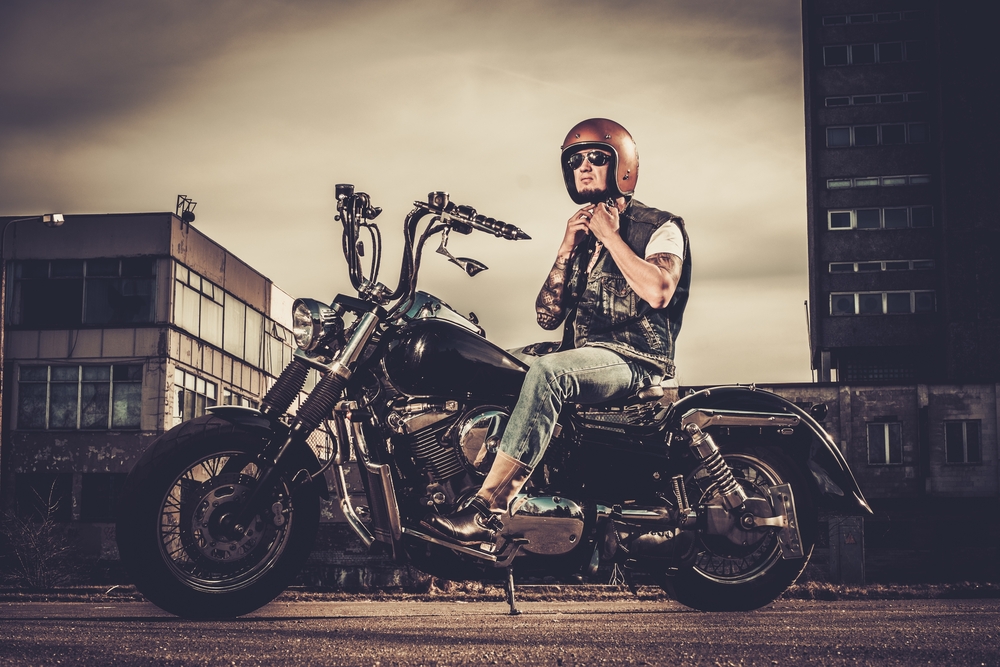 A solo motorcycle tour is a big challenge, but it’s also an unforgettable experience that can shape your life in all kinds of positive ways. And the better-prepared any rider is at the start of their journey, the greater the chances are that they’ll end their tour on a positive and satisfying note.